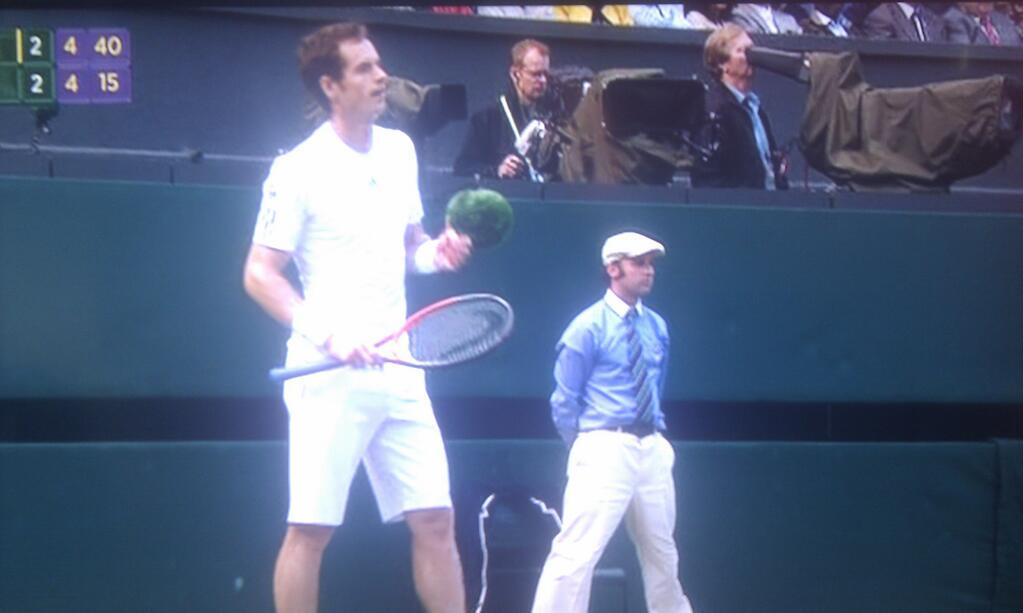 Andrew Murray is about to serve with broccoli.

Somebody has stolen the man’s horse standing next to Murray.

Both Andy and the wee man next to Andy appear to be plugged in.