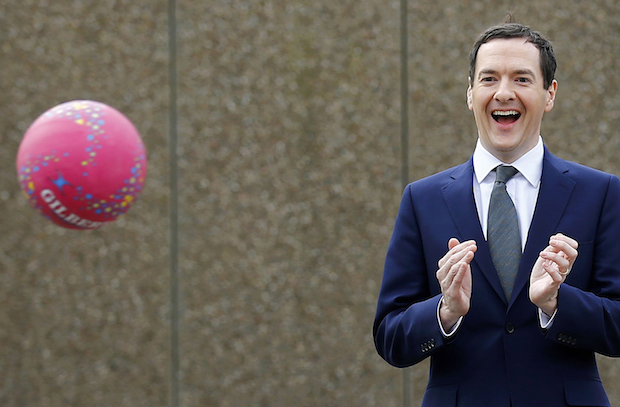 Theresa May is going to be on the front cover of Vogue Magazine. Vogue Magazine: Fashion news, backstage photos, fashion trends, catwalk videos, supermodel chats, beauty trends and now Theresa May, with a bunch of purple grapes around her neck and just enough upper thigh to catch the glint from Donald Trump’s wandering sex octopus eyes.

Who was in charge of the country while Mrs May spent a day indulging her childhood fantasy of appearing arty and human? The captain of The Titanic was pictured on the day his ship sunk walking his dog on deck. Alternatively, he could have been doing the job he had been entrusted with, but he just loved dogs. Personally, I’d feel a lot safer if Mrs May was actually in her office figuring out how to best navigate the United Kingdom out of Europe without sinking the economy.

I just want the Prime Minister of this country to act like a leader; craving for attention and acceptance is weakness, not strength. Appearing in Vogue is a David Brent move: Mrs May is picking up a guitar and singing Free Love Freeway to Donald Trump, in the hope he’ll join in on some of the high notes.

A Vogue feature also sets Mrs May up for a life after politics, a life where she becomes a fashion icon for the over 60s and moves from cutting public spending to instead asking us to buy her necklace of grapes, or tiger shoes. Advice for Mrs May: The bigger mess you make while in power, the more successful you will become in your next role.

According to past examples, if Mrs May leaves No10 with all the poor people, disabled people and mentally ill people lined up dead in abandoned hospital corridors, and everything above London is on fire, and the capital has become a tall phallic golden statue that disappears into the clouds and houses billionaires who feast on the dreams of orphans, then Mrs May will be welcomed with open arms by book publishers, world media, film companies and award givers, and surely be on the right path to an OBE or some kind of fancy title.

After all, the ‘not giving a fuck about anyone but yourself’ method has reaped dividends so many times for so many politicians. David Cameron gambled the future of the entire country in a move designed to tighten his grip on power. Instead, it backfired spectacularly. Now, at one point I didn’t mind Mr Cameron. In comparison to other political leaders, he appeared human at times. He could get embarrassed, if he was angry, his Gabor wavelet filters would flush red dye into his pigmentation units and he would appear to fluster. Just like a human.

Alas, Mr Cameron used the power we gave him like dice at the roulette table of his own ego. He lost. And now our country drifts into possible oblivion. He’s left us in such disarray, we’ve had to invent new words to explain it to each other and nobody knows what the new words mean.

David Cameron has rested his external urethral opening on the back Molars of an even-toed ungulate, employed Andy Coulson, had a father use multimillion-pound investment funds based in offshore tax havens, almost lost the UK Scotland and then lost the UK Europe. And for all these dubious achievements he has been rewarded with retirement, an £800,000 book deal with publisher Williams Collins and a wife who has launched her own fashion label (also heavily featured in Vogue) called Cefinn. Named after her children’s initials, but sounding like ‘Seven’, David Fincher’s 1995 dark thriller. A tale of the seven sins: Gluttony, greed, sloth, pride, envy, wrath and lust. A checklist for the modern day politician, if ever there was one.

Michael Gove was rewarded for failing as Education Secretary with a promotion to The Secretary of State for Justice on an extra £36k a year and recently landed the first interview with Donald Trump, placing him slap bang in the middle of a political whirlwind; undermining the Prime Minster of England for his own interests. Which is starting to sound like a familiar trait.

5 years of George Osborne, a gold bar inside an outer hull made from moist chalk and clumps of thick pubic hair, has saddled the UK economy with debt. His ‘long-term’ economic plan is a failure. Wherever you look (as long as it’s not in his own bank account) Mr Osborne has failed: His tax deal with Google, low paid jobs and rising living costs, soaring housing costs (leading to an upsurge in housing benefit), fewer homes have been built over the last five years than in any government since 1920, UK productivity is down, and now has the biggest gap between us and closest competitors since 1991), trade is dead missing trade targets by £350 billion.

The list of his failures reads like the Devil’s bar tab. If George Osborne was a clown, he’d turn up drunk to your daughter’s party naked, urinate in a plant pot, defecate in your kitchen sink, throw up over your nan, throw the cake at the curtains and then blame the fiasco on birthdays – announcing the birthday budget is too high, and if you had less spending, then you couldn’t have booked the clown in the first place. He’d then peddle away in his clown car to his inflatable mansion on the hill, watching in his rear view mirror as your house bursts into flames.

Since being fired by Theresa May last summer, Mr Osborne has earned more than £500k from speeches. He has been rewarded for destroying the UK economy with a lucrative job with city firm Blackrock Investments, and he won’t be stepping down from parliament. That’s a new job worth £200,000 a year in exchange for working one day a week, and on top of that, he will still receive an MP salary of £74,962 a year – making him the highest paid MP in Parliament.

And the list of politicians rising from the ashes of their failures goes on. Tony Blair. Mr Blair heads blindly into becoming best friends with President Bush (because President Bush is American, so must be swell) then blindly leads us into a war and massacres hundreds of thousands of innocent men, women and children for weapons of mass destruction that never existed. He lied to parliament, he ignored our protests: He might be an actual war criminal.

Tony Blair has since been rewarded for his failures with a £30m private jet, he heads a successful business empire, he constantly pops up to give his opinion on peace to the UK media (seriously: WHO IS ASKING HIM?!), he has published books (of course!), he has received the Presidential Medal of Freedom, won the Dan David Prize, the Liberty Medal and was named Man of the Year by GQ magazine (where he was presumably up against Pol Pot, Stalin, Adolf Hitler and Sauron).

Jeffrey Archer was rewarded for allegedly bribing a prostitute to hide the truth with a series of book deals that made him a millionaire, Neil Hamilton joined UKIP years after disgracing politics with the cash-for-questions affair and now earns £84k a year, Tessa ‘Jowellgate’ Jowell was rewarded for arranging for her husband to realise 350k from an off-shore hedge fund by being appointed Minister for the Olympics and given the title Baroness. Jeremy Hunt was rewarded for having open channels with Rupert Murdoch while overseeing the ‘impartial’ takeover of BSkyB with a new title: Secretary of State for Health (and the £94k a year that comes with it).

Where is the shame? In fairness, Mrs May could navigate the Brexit waters impressively and I hope she does (but she still thinks you can treat the NHS in the same way you can treat the police force, and that’s actually killing us). We know Cameron gambled economic security for his own legacy and lost, we know Gove must spend most of his time showing his wife crayon drawing of dragons. We know Blair lives in a grave beneath his basement and only comes out at night to suck on the blood of our young.

Yet, these people are everywhere. They are relentless. They have no shame. Are we sure the schools these people are coming from are a good thing? If I break wind in a lift, I’m never going back to the building because the shame would kill me; but these folk could bomb a children’s hospital killing all, and then visit the site the next day to appear tearful in front of the TV cameras.

When politicians destroy their career through their own stupidity or greed, they are given a promotion, or at worse they leave for fame and personal glory. They crawl from politics to media, and nobody blinks an eye.

We invest our trust in these people to serve us, but when I see them lying, cheating and stealing and then shamelessly going on to serve themselves in a new job with better pay or launching their brand in the media…it makes me realise that all along, that’s all they were ever doing. They are servers of themselves: Before, during and after. And contained within that selfish thinking, is the root cause of every problem in the world.

Politicians who drop the ball, please, retain some dignity. Take your money and failures and sail off into the night on your yachts of fortune. But don’t keep coming back to rub our faces in it. You had a better chance than most to be successful; you had all the privileges and you still blew it.

You are morally bankrupt. Your idiocy is there for all to see.

And you no longer have the right to tell me, or anyone else, how to live.

3 thoughts on “How Do Our Most Useless Politicians Go On To Greatness?”